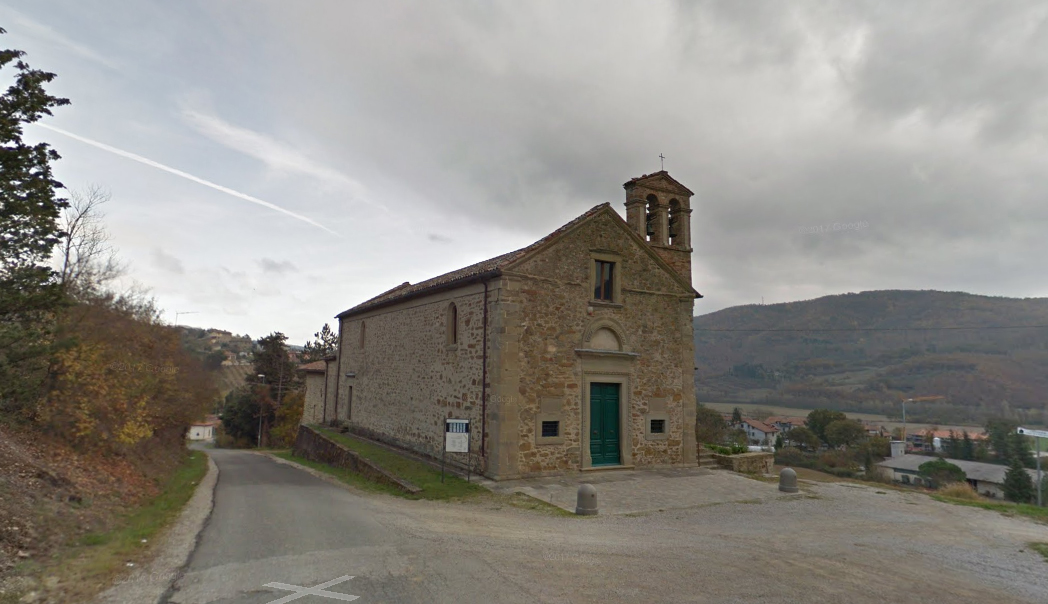 The Oratorio is just outside the village of Morra. It was built in 1420 – Pieve di Santa Maria for the namesake Confraternita. It is a real artistic treasure trove. The interior is decorated with a series of frescoes by Luca Signorelli which date from 1507. It is said that the artist stopped off in Morra on his way from Cortona to Città di Castello when he was going to work on his commissioned pieces. The façade has a main front door above which there is a lunette decorated with a woven pattern. There is one large window and two small ones that were opened in the 17th century. The interior is covered by a beamed ceiling and at the far end we find the beautiful niche, carved and decorated by Signorelli. At the top we see God the Father with the Book of Life in his hand and two angels by his side, Saint Mary Magdalen and another saint. There is another large stone niche on the left wall where the Madonna della Misericordia has been painted.

It echoes the works of Piero della Francesca. Up high there are fragments of the following frescos:  l’The incredulity of Thomas, Jesus entering Jerusalem, the prayer in the garden, the last supper and the flagellation. This last is undoubtedly the most interesting showing marvelous nude figures of flagellants. There are other episodes on the opposite wall:  The crucifixion, the deposition from the cross, Jesus’ descent into limbo, the deposition in the tomb and the resurrection . Only the crucifixion is believed to have been painted by Signorelli. The others are works of his school. The Madonna of Loreto is in the niche.  The fifteenth century oratory is now occupied by the vestry and there are some late gothic frescoes painted by a local craftsman.