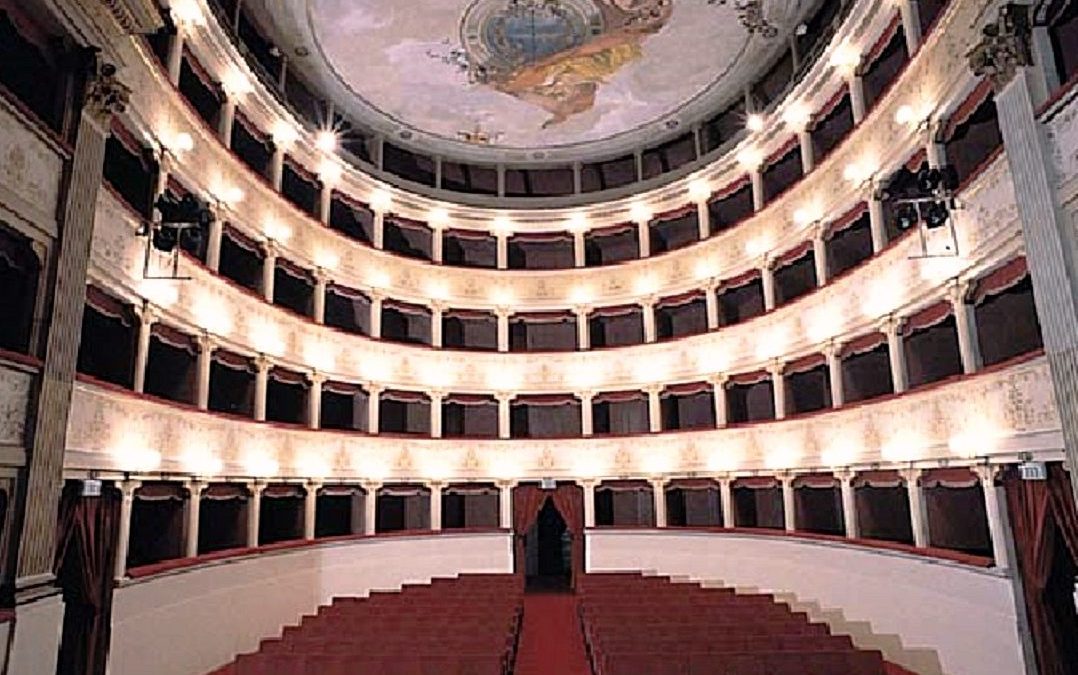 Designed by Antonio Gabrielli the Municipal Theater ‘degli Illuminati’ opened on the 25 ͭʰ August, 1666. The first performance was an opera written by a local author, Francesco Ignazio Lazzari, who founded the ‘Accademia degli Illuminatiì. In 1783 a devastating earthquake struck the area so the theater was rebuilt. It was renovated in 1861 by Scipione Lapi – the façade was modified, the entrance hall enlarged and an arcade created. The theater has been in constant use until 1939, when Amadeo Corsi gave the building to the town. There are 400 seatings and it is still used for the theater seasons, the Festival delle Nazioni – International Festival of Chamber Music – and for several social and cultural events.