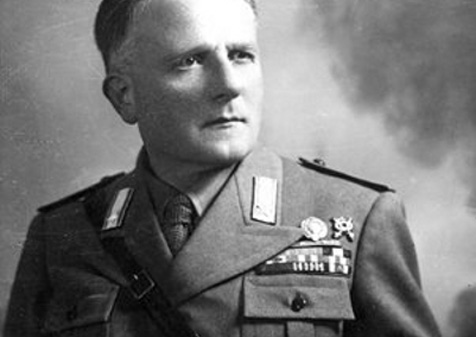 Towards the end of the Second World War when the Allies were advancing, the town suffered under 11 bombing raids and was seriously damaged. Bridges, railways, houses and factories were destroyed. There were two brigades of partisans, the “San Faustino” and the “Pio Borri”. A lot of young men joined up and then moved into the Cremona division, slowly moving north as the liberation proceeded. Lieutenant Colonel Venanzio Gabriotti was slaughtered on the banks of the river Scatorbia on May 9th, 1944 by the Nazi-fascists. He was a well known politician and personal friend of Bishop Carlo Liviero. Among the many heroic episodes of our “Resistance” we still remember this tragic event.