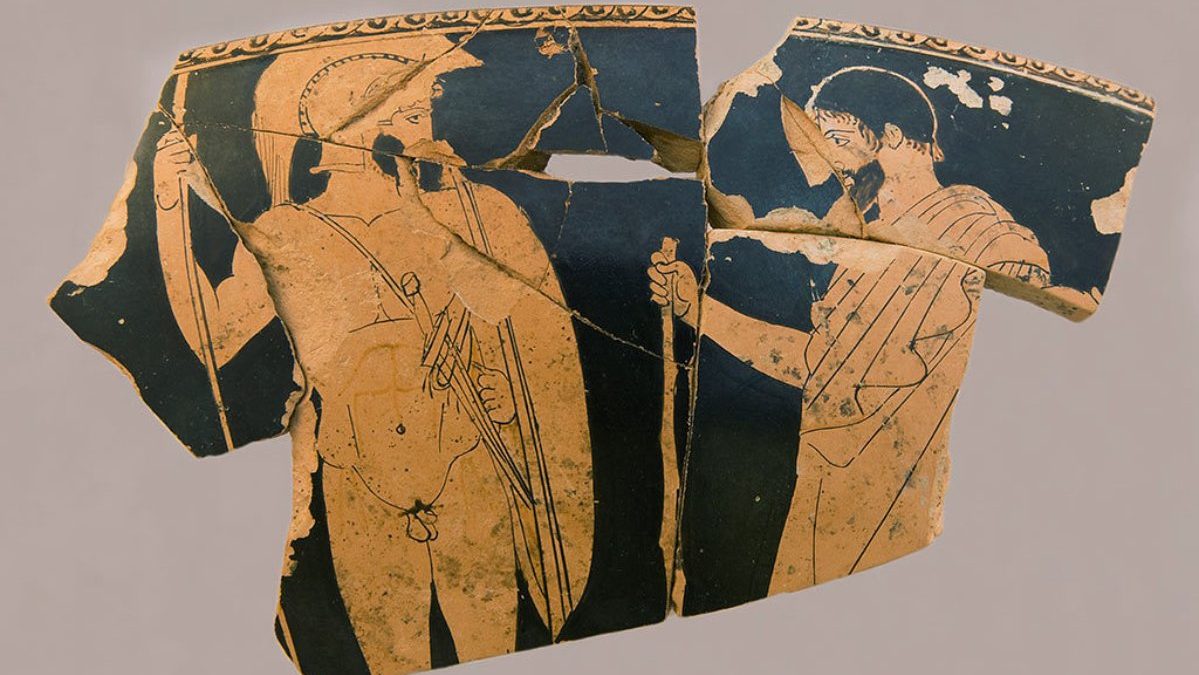 Although the Etruscan invasions didn’t have much influence on the area, a number of important discoveries have been made on the Tiber River’s right bank. These are now kept in the Museum of the Etruscan Academy of Cortona. There are also wonderful ancient bronzes, found near Trestina, south of Città di Castello.
In a nearby area, an Etruscan mirror from the Hellenistic era was discovered.
It is decorated with images of Hercules, Aphrodite and Minerva. Città di Castello was an Italic city – Umbrian-Sabellian and Samnite, mentioned by Claudius Ptolemy  – which maintained a certain independence from the Etruscans. Also, in the seventh century BC the city was connected to the Adriatic regions by mountain passes and to the Etruscan coastal regions in the opposite direction. It was a crossroads for merchants traveling from the southwest to the northeast and there were connections to Central Europe.