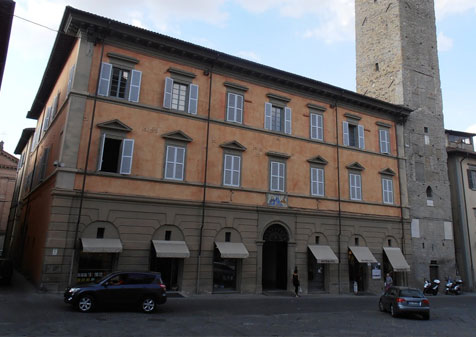 The Palazzo Vescovile has been restructured many times over the centuries and was largely rebuilt after the earthquake in 1789. The earliest Bishop’s Palace was next to the Cathedral where the Town Hall now stands, while the magistrate’ offices were to be found next to the Torre civica. where the Palazzo Vescovile is now. It took the Town Council nearly 100 years to convince the church to make this move which finally took place in the early 1300’s. Between 2003 and 2006 work was undertaken to strengthen the building and parts of the ancient church of Saint Stephen came to light.