Church of Santa Maria and Sant’Egidio in Badia Petroia

Church of Santa Maria and Sant’Egidio in Badia Petroia 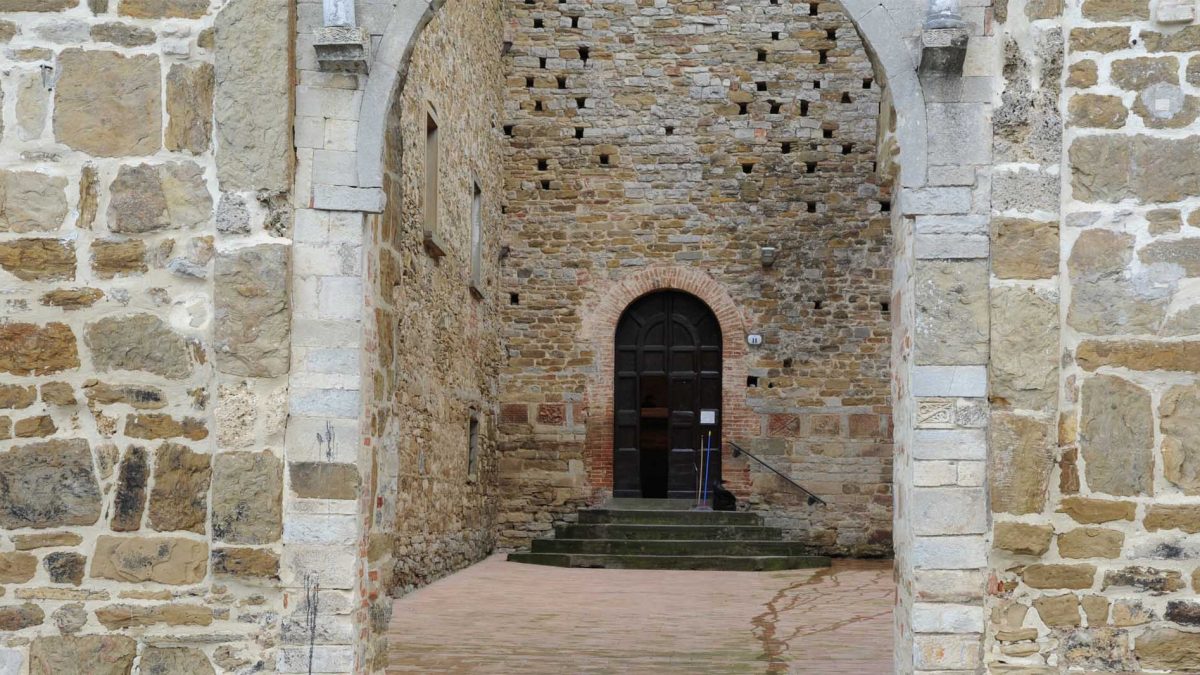 The Church of Santa Maria and Sant’Egidio dominates the village of Badia Petroia. It was part of the Benedictine abbey that is cited in a document from 972. The founder of the abbey was Ugo Marchesi del Colle and the family gave it protection until the 15th century. By 1403 Città da Castello had taken possession. It is one of the most important norman buildings in Umbria, although it has suffered earthquake damage and been altered several times. It is one of the first examples of a basilica church with three naves and three apses. It had a longitudinal plan and the roof and transept did not jut out. It was built over the crypt. As was the custom in many monasteries, there were three different floor levels for three different groups of people – the priests, the monks and the faithful. Nowadays the church has lost about a third of its length as well as the two side naves which were occupied for agricultural purposes and habitations. When we enter the building we find a series of robust octagonal pillars.

The façade is a 14th century wall that was added to repair earthquake damage. There are terracotta tiles with geometrical designs and stylized animals that undoubtedly belong to an earlier period. Inside the church we can find a lot of random pieces of stonework from medieval and norman times. There is a vast crypt with three apses under the vestry and this dates from the 11th century, It is divided into three rooms and the ceiling is a cross-vault that stands on six columns and two pillars. It is not possible to visit the crypt since the earthquake damaged it in 1997. There were two entrances in the side naves. The columns and capitals are travertine, granite and sandstone.