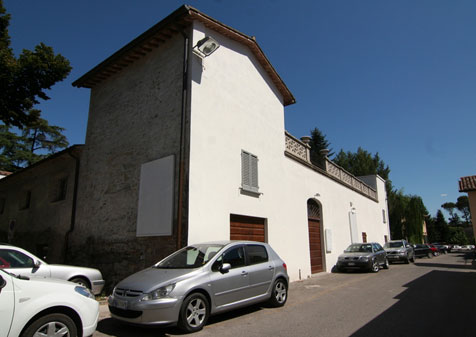 The Torrione is part of the ramparts of the town walls. The cellars and underground passages were recently discovered during restoration work and are very important for historians. There was already evidence in the nearby street names. One is called Via Torrione della botte and from this we can deduce the presence of a large cylindrical tower. There is the base of a cylindrical tower that dates from the twelfth century. There are strong, defensive walls and underground walkways that lead to the main street. The arcades of a fifteenth century wall have also been discovered as well as some 19 ͭʰ century additions. It belonged to the Mignini family and was covered with one of the finest hanging gardens in town. It is now used for cultural events.