Freedom, independence and unification of Italy

Freedom, independence and unification of Italy 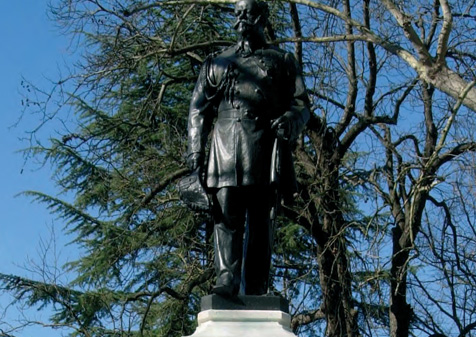 Città di Castello was the first Umbrian town to adopt the statutes of the Jacobin Revolution. On the 13th January 1798 the cisalpino troops arrived and on February 1st the French appeared too. The Roman Republic was proclaimed on February 15th and a liberty tree was raised in the main square. Unfortunately it was at that time that Raphael’s “Wedding of the Virgin” was consigned to the Napoleonic army. A really terrible earthquake followed, but all the efforts of the authorities to get the masterpiece back, failed completely. A farm workers revolution came next and using “Viva Maria” us a battle cry hundreds of French soldiers, government officials, Jacobins and Jews were killed. Giulio Bufalini, the president, didn’t escape either. In June 1799 the Transalpine troops returned, restored the “ancien regime”. There were three short periods of liberty in the first half of nineteenth century.The first when the town became part of the Napoleonic Empire (1809 – 1814). Then in 1849 when the Repubblica Romana was created, the Curia Guard was formed and the Gesuits were sent away. Many citizens fell in the name of freedom, for example, Fulgenzio Fabrizi. Città di Castello was finally freed from Papal domination when the piedmontese troops arrived led by General Fanti in September , 1860 .