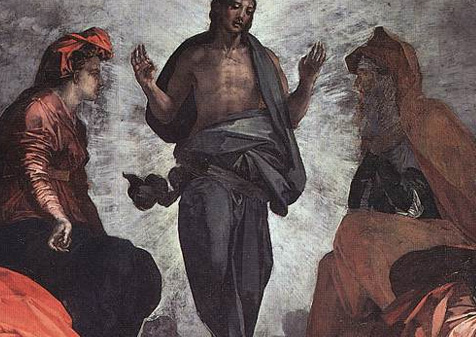 The Cathedral Museum is one of the largest collections of sacred art and is placed next to Basilica Cathedral of Florido and Amanzio Saints.  The Canoscio Treasure in Sala I – twenty-five objects used for the Eucharistic liturgy are on display. Uncovered in 1935 when the fields were being ploughed near the Canoscio Sanctuary to the south of Città di Castello, it is one of the most important archaeological discoveries of recent years and has great historical value. There are chalices, plates, patens, spoons, ciborium and colanders. In Sala 2 there are two valuable examples of goldsmiths craftsmanship. The Paliotto frontal was made in the 12 ͭʰ century and given to the Cathedral in 1142, by Pope Celestino II. It is made of embossed silver and is engraved and partially gilded and was intended to stand behind the altar. The Riccio di Pastorale is also made in 1324 ca. by Goro di Gregorio of Siena.

The “San Crescentino Oratory” (1420) is located in Morra and belongs to the Città di Castello Diocese. It presents a cycle of frescoes by Luca Signorelli – early part of the sixteenth century –  in which the painterly inspiration of the painter of Cortona appears in all its mastery. Open by reservation at 331 5793733 or 075 8554705.

There are ten vitrines in Sala III which display liturgical objects in chronological order and enable the visitor to take a virtual journey in liturgical history from the eighth to the nineteenth century. The art gallery can be found in the Salone Gotico. There are several important works including Cristo in Gloriaby Giovanni Battista di Jacopo di Gasparre also known as Rosso Fiorentino. It was painted between 1528 and 1530 for the Corpus Domini Company. We can also see theMadonna col Bambino e San Giovannino by Bernardino di Betto known as Pinturicchio. It was painted in the second half of the fifteenth century using gouache. Other local artists are also on display. Important historical documents are conserved on the upper floor including Emperor Federico Barbarossa’s parchment dating from 1163 and a parchment codex from the eleventh century that contains the rules of Saint Augustine. We can also find a lead seal from a Papal bull of Pope Alessandro II (1061 – 1073) and Alessandro Vitelli’s lead funeral plaque from 1554.