Castrum Felicitatis – The domination of the Lombards

Castrum Felicitatis – The domination of the Lombards 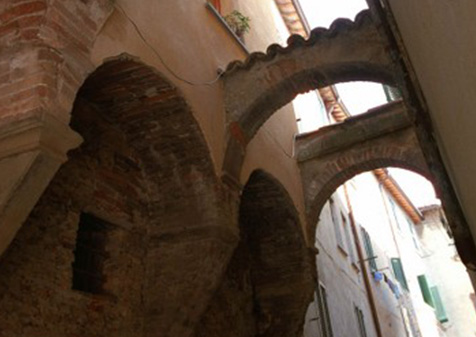 At the end of the sixth century, Arezzo was occupied by Longobards and Città di Castello, known then as Castrum Felicitatis, belonged to the so called ‘Byzantine’s Regio Castellorum’  This was a defensive zone with purpose to slow down the advancing barbarians and to keep under control the lines of communication between Rome and Ravenna. Gradually Longobards managed to penetrate Byzantine fortifications and arrived on the Tuscany border. Under the rule of Longobards, Castrum Felicitatis became quite important and King Liutprando gave it the title of “contea”. Later, the town sided with King Desiderio to fight Pipino and passed into the hands of Francs,  then to the State  of the Church (Pope).  At this time the Bourbon family began to be influential because Marchese Arimberto del Monte was nominated vicar of the town (and of Arezzo) by Charlemagne.