the Renaissance and the Vitelli Family Lordship

the Renaissance and the Vitelli Family Lordship 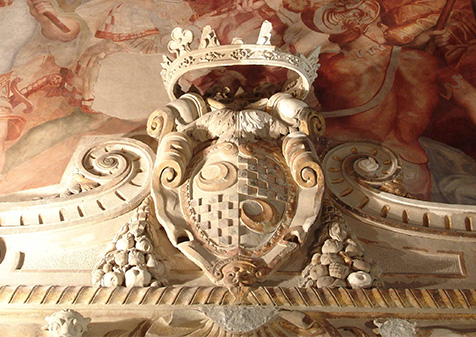 During the 14th century the town was governed by an oligarchy. Then, in 1375, there was a revolt and Brancaleone Guelfucci was deposed. A few years later Braccio Fortebraccio took control but the civil wars continued until Montefeltro intervened and the Vitelli family got the power.
Vitellozzo Vitelli fiercely defended the town and Niccolò resisted the attacks of the papal army during an 80 day siege. After he was defeated and exiled in Urbino, he joined up the Montefeltros and returned to Città di Castello to free the town. He was called the “Father of the Fatherland”. The Vitellis were successful in many fields and their artistic achievements can still be admired. They brought to Città di Castello various styles, but the one they liked best was the Florentine approach so the town became almost a corner of Tuscany in Umbrian territory. At the end of the 15th century and in the first years of the 16th, some of the most important artists lived and worked here, such as Raphael, Signorelli, Vasari, Parmigianino, Gentile da Fabriano, Rosso Fiorentino and Ghirlandaio. Città di Castello became a wealthy and comfortable town for soldiers and noblemen, but also for important cultural figures. In 1538 ‘Magister Mazzocchi’ started to develop the art of printing. There were, however, disasters that recurred throughout history. Terrible plagues hit in 1347 and 1400 and the Tiber river often flooded, for example in 1557. In between, earthquakes wreaked havoc. The only positive aspect in all this was that the inhabitants momentarily stopped fighting each other when facing with a calamity. The fairs and festivals didn’t stop and the Floridian celebrations were particularly popular with their tournaments and jousting. The population was widely known as being hospitable and generous. In 1502, there was the “Senigallia conference” when Duke Valentino – Cesare Borgia – had Vitellozzo Vitelli killed. The town then gradually declined and finished permanently under the rule of the Church. The Vitellis continued to govern and Alessandro emerged as one of the bravest soldiers of his time.