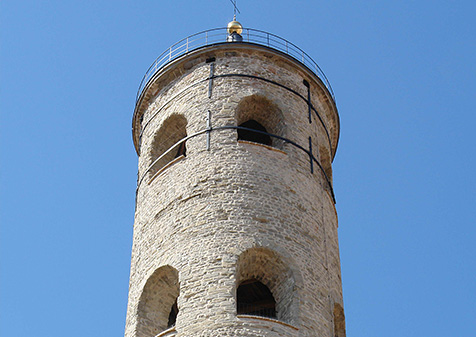 The bell tower dates back to the 11th and 12th centuries and evidences the romanic origins of the cathedral. The base is the oldest part while the upper floors, in gothic style, were added in 1283 – 1284. The external circumference is seven metres and inside it measures 4/5 metres, while it is 43.5 metres tall. On top of the tower there is a cone-like structure which holds the belfry. There are only two similar bell towers, in Ravenna – 9th century – and in Caorle, near Venice. The byzantine influence was felt in the whole of northern Umbria.  Another can be found in the town near the church of San Michele Arcangelo but iit was cut down in the past and now forms part of the rectory.

Visit the site >>
Reach this place >>