Villa Montesca and its Park

Villa Montesca and its Park 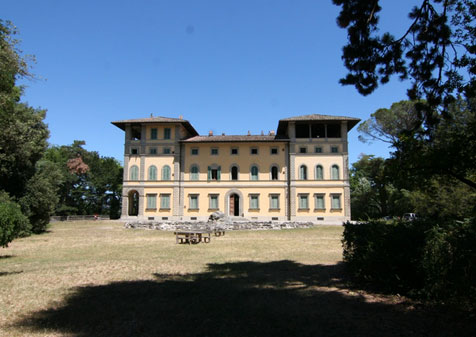 La Montesca is the most elegant of the Villas around Città di Castello. It was built at the end of the nineteenth century for Giulio and Leopoldo Franchettiand designed by Giuseppe Boccini. Leopoldo Franchetti was a senator and philanthropist and, without a doubt, one of the most important figures in the history of Città di Castello. He lived in the Villa with his wife Alice Hallgarten and they developed a whole series of projects in the fields of education, business and health. Their work was mainly with farm workers, women and the poor.
The interior of the Villa is splendid and many artists worked there including C.Marini, E Bellandi and G. Panti. The sculptures were created by A. Passaglia from Lucca. Nowadays the Villa is run by the Regione Umbria and higher education courses are held so the original idea of the first owners lives on.
Park

The park of Villa Montesca is unique in Umbria. It has a vast collection of interesting trees. It was first planted in 1885 when the villa was built. Barone Franchetti travelled a lot and brought back exotic plants for his garden. Many are still growing there today. The park is full of paths and walk ways, just like an English garden.